Travel to Ecruteak City and talk to Scientist Rey at the Bell Tower Entrance. If you are Johto champ, he will ask you if you can help him, and his researching team, since you have the Pokédex.

Now head to Scientist Rey inside of the building and interact with him. He will ask that you return to him when you have the seen data of all three Legendary Beasts.

Fight your way through the Bell Tower Basement and interact with the three Legendary Beasts, which will then flee.
Now you can obtain their seen data by battling them.

Once you have fought them, the seen data is saved, no matter if you win or lose. 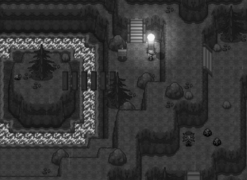 In order to get the seen data of Entei, you need to go to the Johto Safari Mountain Zone and battle Entei in the small island surrounded by lava.

To reach the area, you first have to enter the Johto Safari Zone by paying a fee of

In order to reach Entei, a Pokémon with Rock Smash or the item Pickaxe, is required. 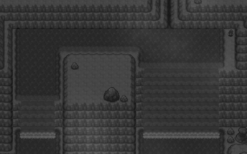 In order to get the seen data of Suicune, you need to go to Tohjo Falls and battle Suicune which is located on the top of the right waterfall.

It is possible to reach Tohjo Falls in two different ways:

In order to reach Suicune, a Pokémon with Waterfall is required in order to climb the waterfall. 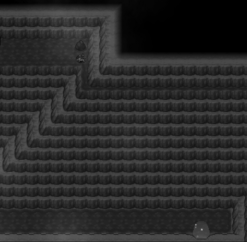 In order to get the seen data of Raikou, you need to go to Mt. Silver.

Once you are in Mt. Silver, you have to make your way to Mt Silver 3F. To do that, you will first need to beat the Karate Master in the Expert Belt room and then Jackson in Mt. Silver 2F.

In case of a defeat, the cooldown to re-battle Jackson is 2 real-time hours.

Once you reached Mt. Silver 3F, climb up the stairs and battle Raikou.

The Karate Master is located in the Mt. Silver Expert Belt and can be reached by entering Mt. Silver and proceeding by climbing the stairs and taking the only exit.

Once you’ve found the correct entrance, proceed to the left, make your way through the Team Rocket Grunt and use Surf to reach the Expert Belt.

In order to reach the Expert Belt it’s required to have a Pokémon with Rock Smash or a Pickaxe.

In case of a defeat, the cooldown to re-battle him is 24 real-time hours. 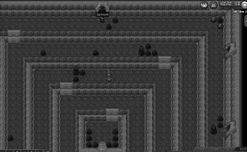 Jackson is located in the upper part of Mt. Silver 2F and is in front of the exit which will lead to the Mountainside of Mt. Silver. Passing through Jackson will give you access to Mt. Silver 3F.

To reach him, make your way through Mt. Silver and through the Team Rocket Grunt you find.

If you win, he will let you pass and you will be able to proceed. In case of defeat, the cooldown is 2 real-time hours.

Travel to Ecruteak City and talk to Scientist Rey at the Bell Tower Barrier Station 1F.
If you meet the requirements, he will ask you to choose between one of these three bells:

You can change your Bell as many times as you want, with the restriction that you have not encountered a legendary Beast yet.
To change the Bell, talk to Assistant Davis, who is in the same room as Scientist Rey in the Bell Tower Barrier Station 1F.

Once you have the Bell, you are now ready to beat the Legendary Guardian of the respective Legendary Beast.

The sole requirement to battle the Legendary Guardians is:

Winning against a Legendary Guardian has a 16.6% chance of spawning the Legendary Beast corresponding to your Bell.

At the 3rd consecutive win, you can choose to spawn it with a 100% chance, instead of another win streak reward.

Once spawned, you can leave the area to fetch your sync and false swiper and come back to catch it!

If you fail at catching it, you will have to defeat Boss Nikola to get another shot. 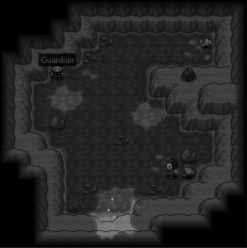 To reach him, go north of Cerulean City passing from the golden bridge, into Route 24.

From Route 24, keep going north until you reach Route 25

Once you are in Route 25, keep going north until you find the entrance to a cave that is behind the NPC Youngster Chealsea.

Once you are inside the cave, if you meet the requirement, you can battle Entei Guardian. 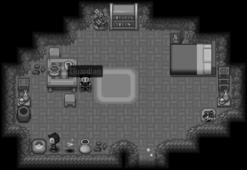 Raikou Guardian is located in Secret Base Alpha, in Route 110.

To reach him, go south of Mauville City and once you are in Route 110 move down until you see the surfable zone to the right of the Trick Master House.

From there, just use Surf and go north until you see a bush on a little piece of island, similar to a Secret Base of the handheld games. Interact with that and you will find yourself in the Secret Base.

Once you are in Secret Base Alpha, if you meet the requirements, you can battle Raikou Guardian. 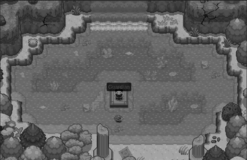 Suicune Guardian is located in Secluded Lake (Lake Of Rage).

To reach him, go north of Mahogany Town and, once you are on Route 43 you have to Surf to the west part of the map and then go north.

Afterwards, you will be teleported to the left part of Lake Of Rage, keep going north until you find another teleport that will bring you to Secluded Lake.

Once you are in Secluded Lake, if you meet the requirements, you can battle Suicune Guardian.

To reach Secluded Lake, it is also possible to follow the following images that show the correct route: